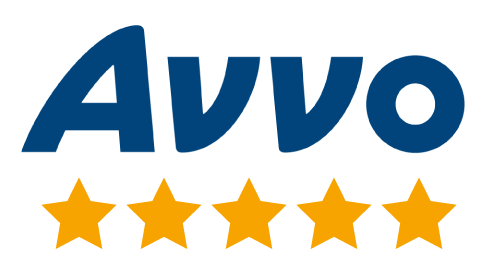 Conan is very professional in and out of the courtroom. My experience with him was astounding. I would definitely recommend and rehire!!!

I’m very pleased with the way Mr. Conan handled my case. It was a successful outcome and it was achieved in less time than what I anticipated. I would recommend Conan and Herman to anyone!

I found this great firm after I got a DUI. Several other Attorneys, I called told me that there was a chance I would get the max sentence because I had a prior DUI. Scott Herman made no promises–But he was able to get my case dismissed!! I was astonished. He was aggressive, experienced, and attentive. And to top it all off, he was affordable–his fees were half the price of several quotes I received. I feel very fortunate. He was an excellent attorney!!!

I’ve had a few run-ins with the law, so spending time with attorneys is nothing new to me. Usually, I feel like ‘just another case, but with C&H it was different. I was truly impressed by the personal attention given to my precarious situation

These guys were great, I got myself into a little bit of trouble and they were extremely diligent and helpful

Scott Herman represented me in two cases he got three charges dismissed with the last dropped to a lower charge and withheld adjudication on one case the other case he had a plea agreement made on the first court appearance with no jail time!

It’s been a while, but Mr. Conan is by far the most dedicated, trustworthy lawyer I have ever met…and I’ve met a few. Mr. Conan is very easy to talk to and is always on his A-game! He literally saved my butt…and I will forever be grateful!

I’ve had to call Mark and Scott a few times for help with DUI or minor criminal matters. They are always accessible and are eager to help their clients, which is not always the case with busy attorneys. They are experts at what they do and love helping others. I highly recommend!”

This firm went above and beyond the call of duty. Their assistance was invaluable. They always returned calls and provided above-average counsel. Highly recommended. My personal thanks to Scott Herman

Mark Conan’s confidence and knowledge of the local justice system made me feel I had the best lawyer my son could have for his case. As a mother, it can be very frightening when your kids are in trouble. He gives you great peace of mind and makes you feel very comfortable that your kids would have the best possible outcome. He also has the patience to hear all your concerns as a mother and somehow make you feel good even after you call him many times with your worries. I would highly recommend him to anyone in need of a criminal defense attorney. He is a knowledgeable and zealous advocate on behalf of his clients. I have used him on several occasions and have referred many friends & family to him. Every single referral has reported an excellent rating back to me. He is, assertive, trustworthy and reliable. He is prompt in returning my calls and responding to emails. This lawyer establishes trust and confidence immediately. BEST !!!!!!!!!!!!!!!!

Mr. Conan was professional and respectful from our first conversation on the phone. When I met with him, at his office, I found him very knowledgeable of Florida State law and he provided me with a great overview of my situation. He kept me up to date as the case progressed. Which made me comfortable, knowing what was happening and that important decisions weren’t being made without my input. I highly recommend Mr. Conan and his team

Throughout my life, I have consulted with many attorneys, but not many as honorable, hardworking and professional as Mark T. Conan and Scott Herman at the Conan & Herman Law firm. While modern society sometimes undeservedly portrays such a derogatory and negative image of attorneys, it has been quite refreshing to interact with someone like Mark and Scott. Their enthusiasm, integrity and unselfish commitment to their clients have been a great inspiration and assistance to me